The reason Joyce was a broke agent was clearly her Aunt’s Dog. 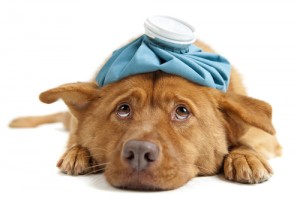 Joyce was a young beautiful agent at my Beverly Hills office. Her family was from Uruguay, and she had gold skin, blue eyes and deep black long hair.  What’s more, she had been the assistant of a top performing agent for five years, before venturing on her own.  She knew the flats of Beverly Hills block by block.  She knew the size of the lots, based on the cross street, and sometimes could tell you the APN numbers!

I got a call from Joyce and she wanted to borrow $600 before her transaction closed three days later.  She was making around $11,000 on Friday and it was a Tuesday, so I said “ Yes,  I can help you out, come over and I will spot you some cash.  I got your back. You are special”

As she got close to the office, she asked me to meet her at the parking lot, because what she was wearing was not appropriate for the office.  I said “Sure, I’ll come down”.  One more thing, she said, bring cash, because my bank account was frozen by the California Franchise Tax Board, -remember? she said.  “Of course” I said.  I remembered she was a special case.

.
As I got to the parking lot I noticed she was driving a different car, and old dirty white Datsun,  I said:  “What’s up with the new wheels? What happened to your Infinity?” She said “OMG let me tell you about it!”

.
I said  “I only have a few minutes” and she asked me for a light.  I told her I did not have one.  She complained that she was going to die, if she did not have a smoke.  So I suggested we walk to the convenience store at the building’s lobby.  We did, she got matches and then we walked back to the smoking area.  I filled my lungs with secondhand smoke as Joyce explained why she needed the $600 so urgently, and how grateful she was that I was there for her.

She explained that she was six months late  on her rent, and her cousin Jaime (who was her landlord) was getting annoyed.  She felt guilty that Jaime  was being super nice to her, because she was a special case,  and knew Joyce was going through hardship.    Jaime’s Mom was Aunt Jackie, and she had a dog that got sick last week and had to spend a week at the County Vet.    Aunt Jackie lived 40 miles away from The Vet, and her dog had a eaten a keychain…  after a week the poor puppy needed to be picked up yesterday.  Joyce stepped in because aunt Jackie did not have anyone else to help her.    Aunt Jackie was the type of woman who was there for everyone, so Joyce could not ignore her need at this special moment.

.
So it happened, that as Joyce was driving home with her aunt’s dog in her Infinity when she got a flat tire.  Her Infiniti’s tires were a little worn out and Joyce was waiting for the deal to close, so she can buy tires for it.  When she got a flat she rushed to the side, and unfortunately cut off a bicycle rider who fell over and broke his arm.  They had to call an ambulance, and when the cops came they asked Joyce for proof of insurance, and when she pulled it out of the glove box she learned that it had expired four months ago.  So that A-Hole Cop impounded her car.  Joyce was pissed because she really loved her Infinity.  She was lucky that her other cousin Cheryl did not like the car, and let Joyce take over the payments, but the car was under Cheryl’s name still (for lease purposes), so Joyce had to get it out of the impound lot before Cheryl found out and the impound bill got too high.

Lucky for Joyce, Aunt Jackie let her borrow an old 1971 Datsun she had parked in her driveway for two years. I asked her if the car was insured and Joyce said she did not know.   My phone alarm went off and I told Joyce I had to run back to the office because I had to take Maria to lunch for closing her 10th deal this month.  She gave me a hug and thanked me for the cash.  She was full of emotion and almost crying… I think she actually had tears.  She told me I was a special broker and that I came to her rescue and made her feel special, when everyone else did not understand her situation.  She had to be there for Aunt Jackie, otherwise no one else would.

As I walked away, I wondered how that was possible?  How can this happened to Joyce, after the horrible break up she had with her boyfriend last month. (Her boyfriend got in a fight with her ex husband and was arrested by the A-Hole Cops)?

What is your conclusion?

Well, here is mine:

Drama does not exist by itself.  You create it, attract it and associate with it.  I decided not to associate with Joyce’s drama,  and that was her last deal at my office.  I did not need to feel special by having and resolving her drama.

How sad to see so much potential be washed away by self-sabotage.

OK, OK… the story may be embellished a little bit, but a good 60% of it is actually true.  The names were changed to protect the guilty.