What are the Bird Streets in Hollywood?

The Doheny corridor area north of the Sunset Strip includes the Bird Streets. The reason this area is known as the Bird Streets is because all of the streets in the area come with names like Blue Jay Way, Oriole Dr., Flicker Place, Bluebird Ave, Skylark Lane and Thrasher Ave.

The “Bird Streets” is an exclusive enclave of homes in the Hollywood Hills area of Los Angeles, located north of Sunset Blvd between Hillcrest Road in Beverly Hills and Rising Glen and Sunset Plaza in th 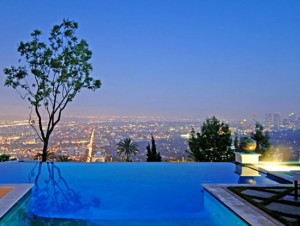 e Hollywood Hills. The Bird Streets are residence to many celebrities, producers, directors and other high profile individuals in the entertainment industry, and former and notable residents in the area have included Leonardo DiCaprio, Jennifer Aniston and Keanu Reeves, among others

One of the reasons this area has become so desirable among celebrities is the close proximity to the Sunset Strip, as well as being a short distance to Beverly Hills, Hollywood and all of the major studios. But in addition to the location, the area boasts some of the most breathtaking city views to be found anywhere in the Hollywood Hills. One other feature that makes this area so attractive to the elite crowd is the stunning architecture that can be found in the area. If you are looking for a modern open floor house with a “wow” factor and with floor to ceiling windows, this is the place to find it!

The Bird Streets have a community group called the Doheny Dining Club. It’s an open group, founded in 2008, that meets about twice a year for “progressive dinners.” The DDC’s founder says “We didn’t think this was the kind of community that wanted to get to know their neighbors…But it seems that everybody wants that.”